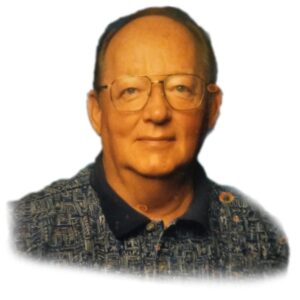 R. Arthur Jenkins was born November 26, 1935 in Newton Utah, the second child of Ross and Lorus Jenkins. He grew up working hard on farms as a boy and young man helping support the family. Art graduated from North Cache High School in 1953. He was active in the LDS church and received recognition from the First Presidency of the Church for having attended all Sunday meetings from the time he was baptized until he left on his mission. Art served a 2 year LDS mission to the British Isles, following which he earned dual degrees in English and Psychology from USU. He married Linda Winterholler of Logan on March 20, 1961 after which they worked for over 2 years in the Tongan Islands for the LDS Church schools there. The family returned to Cache Valley where Art worked as a Counselor at South Cache Junior High and then at Sky View High School.

In 1974 Art moved the family of 4 to Dillon, Montana where he owned and operated the first farm irrigation company in southwest Montana. Art personally engineered and installed many irrigation systems across southwest Montana. He later owned and operated a gas/service station, car wash and the International Harvester tractor dealership. Art was active in the LDS Church and served as Bishop in Dillon for 7 years, after which he served on the High Council until leaving Dillon in 1989.

In 1989 Art returned to Cache Valley to his old job at Sky View as a Counselor. Upon seeing the same desk and chair in his office from 1974 he asked his good friends in administration if he’d be getting some new ones. He retired from counseling at Sky View in 2003. Many students give Art credit for them having graduated from HS, as he often went out of his way to help kids with personal or scholastic problems to graduate.

A graveside service will be held at the Newton Cemetery at 2pm Monday, November 8.