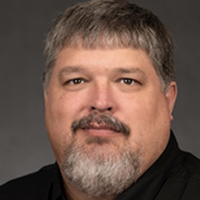 Paul Dee Rasmussen, 53, resident of McCammon Idaho, passed away on Monday, September 27, 2021 from complications with COVID. Paul Dee was born on March 20, 1968 in Tacoma Washington to Larry and Carol Rasmussen. He was raised in Mountain Home, Utah and graduated from Altamont High School in 1986. He attended UTU, now UVU, and earned a diploma in Electrical and Automation Technology. He was a member of the Church of Jesus Christ of Latter Day Saints. He married Karen Kae Roberts September 15, 1989 in the Provo, Utah temple. They lived in Provo/Springville Utah for 5 years before moving to McCammon. Paul Dee worked at Ballard Medical in Pocatello Idaho. Later he worked for Idaho State University in the Facilities Department. Known as the gentle giant, Paul Dee was always willing to help those who needed it. He enjoyed the outdoors, fishing, photography, and especially loved being with his family.

Private funeral services will be held on Thursday, September 30 at 11 a.m. in the Horsley Marsh Valley Funeral Home, 570 N. Meadowview Dr. in Arimo. All are invited to the graveside service at the Norton Cemetery around 12:15 p.m.

The services will be broadcasted and may be watched by clicking on the “Watch Funeral” link below.