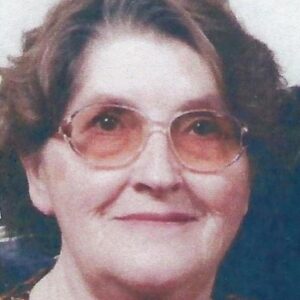 Minerva Sue Harris, 81 years old, passed away on the 4th of May 2021 of congestive heart failure in Logan, Utah.

She was born the 15th of February 1940 in Muskogee, Oklahoma. She was the oldest child of Bryce Wilcott Smith and Eula Pauline Waldron. Later, four brothers and two sisters were born into the family.

The family spent most of her childhood in the Muskogee, Oklahoma area and later moved to Arkansas. This is where she met Raymond Sylvester Harris. They participated in the community functions. Ray would buy her a picnic box at the auction.

She married her sweetheart on the 24th of November 1958, in Pheonix, Arizona. During their marriage they lived in several different states. In 1975 they brought their family to Cache Valley, where they lived the rest of their lives.

Twenty grandchildren, twenty-nine great-grandchildren and many nieces and nephews survive her.

Special thanks goes to the medical professionals, hospice, Sunshine Terrace Foundation and their caregivers and other friends who gave her their time, energy and especially love.

A graveside service will be held on Wednesday June 9, 2021 at 11:00 AM at the Smithfield Cemetery.