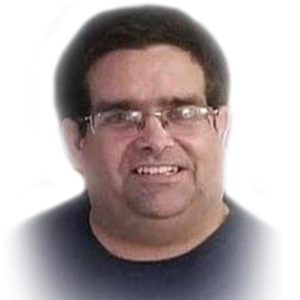 Mikal Steven Kent, 49, passed away suddenly after fighting the effects of a stroke, pneumonia, and COVID-19 on August 13, 2020, in Logan, Utah.

He graduated from West Side High School in Dayton, Idaho in 1988. He served an LDS mission in Oakland/San Jose California.

After his mission, he worked at DI and Smith’s. It was while he was working as a bagger at Smith’s that he met the love of his life.  Mikal married Emily Robinson on October 12, 2000 in the Bountiful Utah LDS Temple.

He continued to work at Smith’s, Wal-Mart, and as a janitor until health issues made it too hard for him to continue working. He became the full-time caregiver for his youngest son who requires constant care.