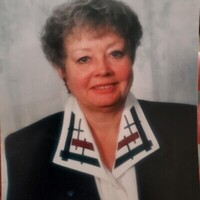 Marilyn was born on March 16, 1942 in Malad, Idaho, daughter of Ralph and Mary Jane Tovey. She was raised on the family farm in cherry creek south of Malad, where she did all of her schooling and graduated from Malad High School in 1960.

She married James F. Mansfield June 30, 1960 in Malad, Idaho and made their home in Pocatello, Idaho where they later divorced.

Marilyn worked at Lamb Weston and Montgomery Ward before starting her career in real estate in 1977, and finally retiring in 2019 due to poor health.

She loved taking trips with anyone and everyone, for her it was the more the merrier, her last vacation was to Canada with her sister Joan, we loved her generous spirit and willingness to help others , she will be greatly missed.

Marilyn is preceded in death by her parents and her only brother Gerald Tovey.

She is survived by her sister, Joan and brother-in-law Elden Nielsen, and her 3 children Kevin, Jari (Howell) and Ryan. Son-in-law Doug Howell and their 3 children Jennifer (Adamson), Josh and Dennis Howell, Kevin’s children Sydney and Axel Mansfield and Ryan’s son Ethan Mansfield, plus several great-grandchildren, cousins, nieces and nephews.

Funeral services will be held at Horsley Funeral home, 132 West 300 North, Malad, Idaho, viewing starting at 10:00am and funeral at 11:00am, followed by burial in the Malad Cemetery.