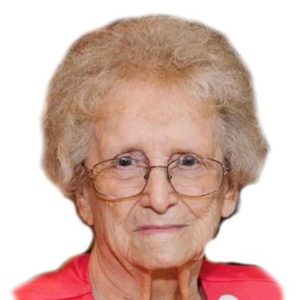 Margaret Fern Nate passed away on Thursday, July 7, at Sunshine Terrace in Logan. Fern turned 100 years old on May 18. She was born in 1922 at Black Falds, Canada to John Leslie Langford and Lucille Rising. Fern was the fourth of five children. She attended grades 1-4 in a one room school in Pegram, Idaho. The family then moved to Cokeville, Wyoming where Fern graduated from Cokeville High School along with her sweetheart, Stanley Nate. She then went on to business school in California for a year and returned home to marry Stanley. They ran away to Randolph, Utah and were married by a Justice of the Peace one day before her 19th birthday. They were married for almost 71 years. A marriage her folks hoped would never last.

Fern was a faithful member of The Church of Jesus Christ of Latter-day Saints being baptized at the age of 18. She served in almost all auxiliaries of the church. She and Stan served for almost 7 years in the Logan Temple, her favorite calling.

Fern was preceded in death by her parents, one sister and three brothers, her husband, two daughters (Lucille Layland and Garnett James) and one great-granddaughter (Lexi Henriksen).

She will be laid to rest next to her husband in Cokeville, Wyoming.