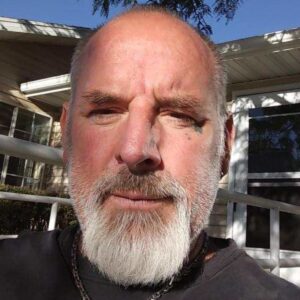 Kris G. Ward, 56, was born on August 4, 1964, in the old Dee Hospital in Ogden, Utah to Carla K. Petersen and Rodney C. Ward. Kris passed away peacefully at his home in Brigham city on May 17, 2021, after a long lingering illness.

Kris married Carla Chapman and they had two children, Heidi and Zachary. They later divorced. He then married Karen Van Sweeden and the had one daughter, Shelbi. They also divorced. Kris was a go getter in everything he did. He loved plants, flowers and gardening, even if he only grew 1 tomato plant in a container.

Kris loved people, had an outgoing personality and had friends where ever he lived, and he lived from one end of the country to the other. He especially loved water and was in it every chance he got. He was especially proud of his Dutch heritage.

He is preceded in death by his grandparents, Jan and Alida Koning, Arnold Scheer, Melba and Grant Ward.

To honor Kris and his life, we will have a viewing for family and friends on Wednesday, May 26 from 6-8pm at Gillies Funeral Chapel, 634 E 200 South, Brigham City UT.

Interment will be in the Fairview Idaho Cemetery, after the service.

Click this link to view additional details about Kris’s Services, including any available live streams: https://my.gather.app/remember/kris-ward