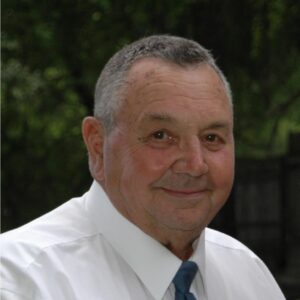 John Norman Ravsten was born at his family home in Clarkston, Utah on October 23, 1931 to J. Byron and Elva Godfrey Ravsten.

Norman had a wonderful childhood with loving parents and amazing siblings, Diann and Stephen. He loved taking the cows to pasture in the summer on the family horse, Merrylegs, and reading books while tending the cows. He loved farming with his dad, brother, uncles, and grandfather as they worked together on the land his great grandparents had homesteaded.

Norman attended school in Clarkston through the 8th grade, and graduated from North Cache High School in 1949. He was called to serve a mission for the Church of Jesus Christ of Latter-Day Saints in the Southwest Indian mission, Navajo speaking, from 1950 to 1952, where he worked with and taught the Navajo, Papago, and Hopi peoples. He had some very hard experiences there, and also some very rewarding ones that influenced the rest of his life. His family and friends have learned much about the Navajo culture from his sharing of those experiences.

He was only home a short time before he and some of his friends from Clarkston joined the Army in 1953 during the Korean Conflict. He was in basic training for 16 weeks in Camp Roberts, California, where he received the sharp shooter award. The armistice was signed ending the Korean war, and he spent the remainder of his service in the Carolinas and Alabama. He was honorably released in April 1955, and returned home to his beloved Clarkston, where he worked driving semi truck for Godfrey brothers. He met the girl of his dreams, and on September 20, 1957 he married his eternal companion, Frances Rigby, in the Logan Temple. Together they have created a loving home and a beautiful life and family together as they lived the American dream.

Norman attended Utah State Agricultural College for 2 years, and then he and Frances operated the family farm in Clarkston for 12 years while his parents were away on church assignments, and upon their return, Norman and Frances bought the farm and built their dream home in Clarkston. Together they raised pigs and farmed the land with their 5 loving children, Julynne, John, Janene, Franette, and Christian. As a family they have worked together in everything they did.

In 2003 they sold all of the pigs, and he spent the winters working in his woodshop creating beautiful furniture, vases, bowls, cabinets, and many greatly appreciated keepsakes for his family. In the summers he and his family continued to farm the land, and enjoyed creating a garden that became a small farm of its own, with at least 2 acres of delicious produce that he loved to share with family, friends, and the community.

Honoring heritage was very important to Norman, and he loved creating the beautiful area he named “Heritage Park” for family and anyone who wanted to enjoy this beautiful place of serenity and peacefulness. The path to the park was lined with flags from the countries our ancestors came from, along with plaques displaying family histories for all to read.

Norman was a man of great integrity, and had so much gratitude for Heavenly Father’s creations and all blessings. He served in many callings in the church, was strong in his convictions, and was devoted to God, family, and country. He never gossiped, or said an unkind word about anyone. He enjoyed learning and was a deep thinker, a very hard worker, generous, and he loved to give and share the bounties of the earth and the fruits of the talents and gifts Heavenly Father had given him.

He was preceded in death by his parents J. Byron and Elva Godfrey Ravsten, his sister Diann R. Griffiths, and brother-in-law Michael J. Griffiths.

Funeral Services will be zoomed at https://us02web.zoom.us/j/88432749516?pwd=Vmd3bmUrNTJNYThrbDUxUUNuOE1BZz09

Funeral Arrangements are under the direction of Cache Valley Mortuary and condolences can be shared at www.cvmortuary.com