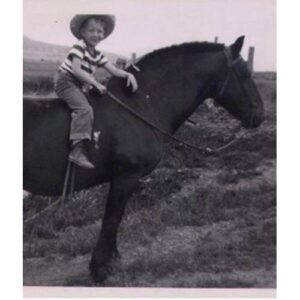 Jay Lee Rasmussen passed away on a Friday. He was seventy-seven. Born on April 21, 1942 on a small dairy farm in Cornish, Utah he was the last child of James and Nancy (Anderson) Rasmussen. He spent his youth on the farm where he learned the value of hard work, a job well done, family and community.

He first attended a two-room schoolhouse and went on to receive his Bachelor of Science and Master of Science from Utah State University. He completed one year of his PhD at the University of Cincinnati before he was called to serve during the Vietnam War. Upon discharge from the army, he earned teaching credentials and became an instructor of Colonial American and Westward Expansion history at Upper Iowa University.

He met and married Linda Day in Moline, Illinois in July of 1970 and they made their home in Fayette, Iowa where they welcomed their first child, Eric. In 1973, they moved West. When Jay left Iowa, his history students presented him with an engraved tray with a quote that read, “He was the man who rode into our little valley out of the great glowing West, and when his work was done rode back whence he had come.” He continued to correspond with some of these students many years later. In Toledo, Oregon, Jay and Linda raised their family, which grew to include a daughter, Kristin, in 1980.

Jay was Director of the Oregon Coastal Zone Management Association (OCZMA) in Newport, Oregon for seventeen years. He later led the Extension Program at Oregon Sea Grant and served as Associate Director before retiring after fourteen years in 2010. His favorite job of all, however, was being a dad to his two children and they spent many happy times with him, travelling to England, India, Italy, Spain, France, and his ancestral home of Denmark. In 2014, Eric and Kristin took Jay to see the Tour de France, an event he watched faithfully every year from home, likely for the views of the countryside, farms, and historical places as much as the cycling. Three years later, in what would be their final trip together, they travelled across Spain, following the Vuelta bicycle race.

Jay loved taking photographs, growing vegetables in a garden he nurtured for decades, travelling the world, and meeting new people. While retired he wrote three books, one a fictional work based on the life of his grandfather entitled, “When Lightening Spells Your Name.” Family and family history were important to him and he leaves a legacy of written work for his children and grandchild. He is remembered for his love, guidance, patience, humor, and the sincere joy he took in people and ideas. He is missed every day.

He is survived by his wife, Linda, son Eric (Brenda), daughter Kristin (Luke) and grandson, August Jay Hiller as well as his sister Thelma Falslev from Logan, Utah and numerous nieces and nephews of whom he was exceedingly proud.

He is predeceased by his parents, his brother Leo, and his sisters Lila Peterson and Norma Price.

While he lived in several places throughout his life, Jay’s heart belonged to Cache Valley, Utah and it is here he will lay to rest, surrounded by the mountains, farmland, and memories he so cherished.

Now that it is safer to travel, his family will host a celebration of life at the community center in Cornish, Utah on August 14th at 12pm.

Friends are welcome to join the family to share stories and celebrate this wonderful man.