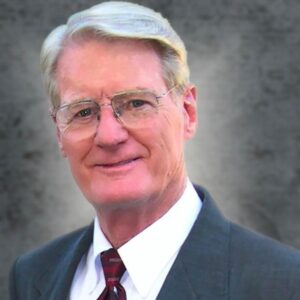 Ted grew up in Logan and was actively involved in many sports. He ran track and field at Utah State Agricultural College (now USU). This helped him when he met his eternal companion, Shirley Mae Olsen, while dragging Main Street with his friends. From then on, he had to chase after her!

He was active in the Air Force and Reserves for over 40 years, reaching the rank of major, which included a tour in Korea.

Ted has accomplished a lot in his life. He graduated from USU with a Bachelor’s Degree in Art and Journalism and a Master’s Degree in secondary education. He worked for a short time as the Librarian at Logan Jr High before moving on to manage USU Photo Services. He traveled extensively with the USU football/basketball teams shooting game film. He freelanced for Salt Lake TV stations covering news events in the northern Utah area. He has directed, filmed and edited educational and scientific films, published a book on basic photography and had a photo published in Life magazine. Dad wasn’t in a lot of photos until much later, as he was always the one taking the picture. He put himself in a lot of scary positions to “get the shot”, anywhere from hanging out of an airplane, standing on a high mountain ledge or confronting a rattlesnake.

He was passionate about the railroad in Cache Valley and often gave a presentation about the train, which ran from Ogden to Preston. His last presentation was given to the Cache Valley Historical Society in January, 2022, available on YouTube – The Birth & Death of the Utah Idaho Central Railroad UIC. He was hired to film a documentary on the Transcontinental railroad in a 2-week flurry of travel and shooting.

He has been very active throughout his life. He participated in and excelled at winning many medals and setting new records for his age category at the Utah Summer Games, the Huntsman World Senior Games and National Masters Track and Field Championships. At the age of 12, he received a red one-speed bike that he continued to ride 6-10 miles a day until he turned 91. Over the years, it turned brown from rust, hence the name we all call it, “Old Rusty’. It was very easy to forget Ted’s true age as he looked and acted like a much younger man.

Ted was well known for the way he took care of everyone. Many neighbors and friends were recipients of his kindness and acts of service. You had to be careful what you said around him, because if he knew you needed something, he would do it for you. Big or small, no questions asked.

He had a love for the theatre and sports. The calendar was full every month listing all the plays and performances along with basketball and football games that he and Shirley attended. He photographed many of the plays and cast members at the Lyric Theatre and his photos can still be seen hanging in the theatre. Their names were engraved on the seats they sat in for each performance.

Ted and Shirley had been married for 51 years when Shirley passed away in 2003. Throughout their marriage, they showed love and devotion by their example of always putting the other one first. You could not have found better parents anywhere than these two incredible people. Ted then met another amazing woman, Lenis Carlile, and they have been married for the past 17 years. They have enjoyed each other’s companionship and loving support. They served an LDS Mission to the Texas Houston South Mission in 2006 and later served on the USU Emeriti Board. They were members of the Cache Historical Society and enjoyed history through travel and the theater.

Ted was a dedicated member of the Church of Jesus Christ of Latter-Day Saints and enjoyed serving in the Logan LDS temple for many years.

He was preceded in death by his first wife, Shirley Hansen, and a grandson, Daniel Bostock.

Ted lived a long and full life and was a great example of integrity and hard work to everyone who knew him. Dad, you will always be in our hearts and we love and miss you! Until we meet again!

Funeral services will be live streamed and can be viewed online at www.allenmortuaries.com where condolences and memories may also be shared.