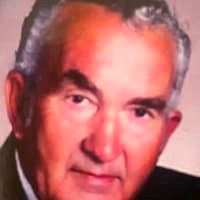 Alton Ray McClellan passed away on Saturday, July 23, 2022, at his home surrounded by his loving family. His passing will forever leave a huge void in our lives.  Ray was born on May 27, 1931 in Lava Hot Springs, Idaho, the son of James McClellan and Rose Rindlisbacher. He honorably served his country in the Army during the Korean Conflict. On December 4, 1953, he married his companion and love for life, Sharon Cora Sorensen. Ray’s greatest joy in his life was spending time with his wife, children and grandchildren, cherishing every visit no matter how long or short.

Outside of his family, Ray’s other love in life was farming, grazing his cattle up to Dempsey, Idaho, trucking his cattle to Bakersfield, California to winter pasture and spending time at their home in Overton, Nevada for the winters. Ray learned from an early age in life to work hard to achieve many things in life. Ray worked tirelessly on his farm, he also worked at Thiokol for 17 years, worked for Utah Power and Light for 7 years. He also ran his own business, McClellan Electric.

Until we meet again, we will miss you dearly.

Graveside services will be held on Saturday, July 30, 2022 at 12:30 pm at the Willard City Cemetery, 470 N Main Street, Willard, UT, where military honors will be accorded by the Combined Veterans of Box Elder County Honor Guard.