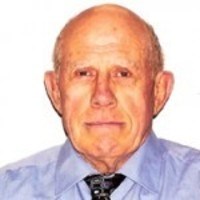 Don was born on August 21, 1935, in Hyrum, Utah, to Alma Peter and Ada Gibbons Sorensen. He was the oldest of four children. He graduated from South Cache High School.

Don taught classes for two years and had an assistantship for two years at the same university. He then taught for six years at Indiana University Bloomington before accepting a position as full professor at Brigham Young University in Provo. He finished his career there with 30 more years of teaching. He garnered many teaching awards including Honors Professor of the Year. During his tenure at BYU, Don had the opportunity to serve as scholar in residence at the Jerusalem Center for Near Eastern Studies in Israel. He retired in 1998 and continued to teach an occasional class as professor emeritus. Don enjoyed teaching, writing, and publishing academic papers.

Don met his sweetheart, Necia Marie Lee, at Utah State where they were both students. They married in the Logan LDS temple on June 5, 1959. They are the parents of six children. Together they enjoyed travel, associating with family and friends from all over the world, and their Friday night dates that turned into nightly dates when they became empty-nesters. Don and Necia believed that they could make their marriage into an eternal courtship and they did just that.

Don was a lifelong member of the Church of Jesus Christ of Latter-day Saints where he held many callings including high priest, bishop, and BYU branch president. He had a strong testimony of the gospel and of the life to come.

Don was preceded in death by his parents and infant sister, Norma Jean.

He is survived by his wife of 62 years; his brothers and sister: Fred (Vana), Gary (Elayne), and Peg (Lynn) Jones; his sons: Jonathan, David (Susie), and Matthew; his daughters: Kathryn (Mark) Allen, Cynthia Hunter, and Ruthie Sorensen. Also surviving him are 18 grandchildren and 15 great-grandchildren.

The family would like to thank The Retreat at Sunriver, Intermountain Cancer Center in St. George, and Applegate Hospice for their loving care of Don. Don’s granddaughter, Miranda, provided loving care and support to him for the last 18 months of his life.

In keeping with his love of education, Don made a final gift of donating his body to medical science.

A memorial service will be held at a later date.

“Yesterday is forever gone; tomorrow’s not ours to know; so love me all you can today until it’s time to go.” Das vedanya, my love.