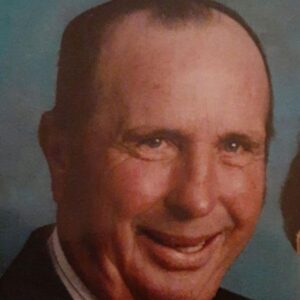 Our beloved husband, father, grandfather, and great grandfather, William (Bill) Wendell Litz passed away peacefully on May 2, 2022, in Rexburg, Idaho. Bill was born in Trenton, Utah, on November 14, 1931, to William Edward Litz and Vivian Eliza Tippetts. He was the youngest child of four children. He was born during the Great Depression and learned to work at a very young age. He enjoyed working for the rest of his life.  He had a happy, carefree childhood working beside his father and siblings on the family farm in Trenton, Utah. One of his fondest memories, as a child, was swimming in the canal with his friends and cousins on warm, summer evenings.

Bill attended school in Trenton and graduated in 1950 from North Cache High School in Richmond, Utah. He attended Utah State Agricultural College in Logan, Utah before being drafted into the military He proudly served his country in the Army during the Korean War from 1952 to 1954. He was stationed at Fort Ord in California.

After the death of his father, Bill took over the family farm where he enjoyed farming until he retired. Even after retiring, he could often be found passing his time with small projects on the farm and in his shop.

Bill married Ila Rasband on October 11, 1963, in Heber, Utah. Their marriage was later solemnized in the Logan L.D.S. Temple. Two daughters were born to them and he and Ila strove to give them every advantage in life.

He was preceded in death by his parents, two sisters, Elnora Hickman, Aldena Read, and a brother, Leon LItz.