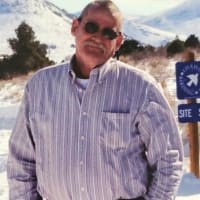 Wayne had a great love of family. Always telling everyone “family comes first”. Wayne loved his children and his grandchildren. He was always willing to help out his family even if it meant great self-sacrifice. Wayne exemplified the adage “when ye are in service of your fellow beings ye are only in the service of your God”.

Wayne is survived by his brother and sisters and their spouses: Marylin and Paul, Linda, Beverly and Pete, Darlene and Dwight, Jim and Sharon as well as his children: Erin and Mark Baty, Sean and Katie Miller, Christopher Miller, Zach and Alisa Miller, Eric and Jessi Miller as well as 11 grandchildren.

Wayne was proceeded in death by his parents Harry and Ruth Miller. His loving wife and companion MaryElla and grandchildren: Nathan, Tyson, Ryan and Lauren.

The family would like to thank all those that spent time with Wayne after the passing of MaryElla; especially his sister Darlene.

Internment will be at the Brigham City Cemetery.

Condolences may be sent to gfc-utah.com.