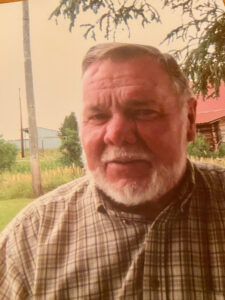 Terry Jan Gittins passed away Wednesday, September 15th at his home in Georgetown Idaho. He was born in Smithfield Utah on February 21, 1940, the fifth of ten children of Benjamin Lenard and Bertha Janice Hancey Gittins. He grew up in Smithfield and graduated from North Cache High School.  Terry was a very skilled mechanic. Early in his working life he operated filling stations in Smithfield and Logan. Upon relocating to Ogden he worked as a mechanic for automotive dealerships, most notably Ogden Ford. The majority of his career however he spent independently repairing and selling cars. Terry preferred being his own boss and enjoyed bringing vehicles back to life.

Later in his life Terry moved to Georgetown Idaho where he fell in love with its small town atmosphere and wonderful neighbors. He often mentioned that Georgetown reminded him of his childhood in Smithfield.  One of Terry’s favorite activities in Georgetown was to walk down to the Bear River near his home, quickly catch exactly two fish, and fry them up for supper.

Terry found great satisfaction in assisting at the local food bank and especially volunteering at Animals Need Help Bear Lake pet shelter in Montpelier. Through this service he developed a particularly fondness for dachshund dogs.  He loved and cared for these special pets for the rest of his life.

He was preceded in death by his son Daren. Also by his parents and his siblings Richard, Janice Anne and Sidney.

Special thanks need to be given to the wonderful friends and neighbors in Georgetown. Terry spoke often of their kindness and concern. The extended family wishes to express their gratitude to Terry’s son Nicholas for the many hours he spent and the miles he traveled to care for his father.

At Terry’s request there will be no formal services.