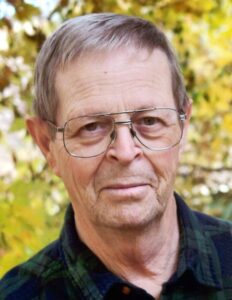 Stewart was born in Pocatello, Idaho, to Lyman and Donna Knowles Christensen. His family moved to Twin Falls where he lived most of his growing up years. After high school, he attended Idaho State College. He served an LDS mission in Denmark. After his mission he married Terry Howell, of Pocatello. He then served in the Army for three years, during which time they lived in New Jersey, Texas, and Germany. After his military service they decided to settle in the Salt Lake Valley, where they raised their four children. Stew wanted to spend his vacations doing things that included his children. He wanted to teach them to love the outdoors and have the skills to use and respect nature. They camped, hiked, fished, and canoed often. Stew had many hobbies including: photography, cross country skiing, bicycle touring, hiking, camping, canoeing, target shooting, reloading, and woodworking.

Stewart worked for the State of Utah Department of Transportation, retiring after 30 years, having worked mostly in safety and railroad equipment inspection.

When the children were grown, Stew and Terry moved to Tremonton, Utah. Stewart was a faithful member of The Church of Jesus Christ of Latter-day Saints. His favorite calling was an ordinance worker in the temple where he served for thirteen years in the Jordan River, Logan, and Brigham City temples. Stewart loved helping people, was very generous with his time and talents, always willing to use his workshop to make or repair things.

He was preceded in death by his parents, one sister, Beverly Durrant, and one brother, Robert.

He will be interred in the Deweyville Cemetery.

A Celebration of Life will be announced at a later date.