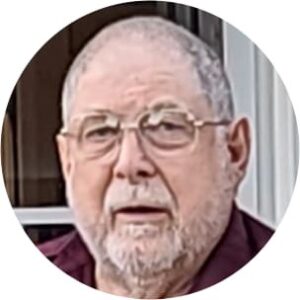 Our loving father, grandfather, great grandfather, brother, uncle and friend, Steven DeLar Hunsaker, 79, passed away peacefully on Monday, May 23, 2022 at his home in Heber City, Utah.

He was born on September 29, 1942 in Brigham City, Utah, a son of Oral John and Emma Ree Orme Hunsaker. Steven was reared in Honeyville and attended Box Elder High School where he enjoyed playing football. He graduated from Box Elder High School in 1960. He married Coni Butler in Brigham City, Utah in October of 1961. In this union they had three sons, Shane, Darrin and Lane. They later divorced, but still very close friends.

He attended and graduated from the University of Las Vegas receiving his bachelors degree in Accounting. He worked many places in Las Vegas, he retired from Frontier Landscaping in Accounting.

Steven was a member of The Church of Jesus Christ of Latter-day Saints. He loved do bake rolls, bread and cookies. He also enjoyed being with his family.

He was preceded in death by his parents and one brother, Travis Hunsaker.

Steven will be cremated and they family will have a Celebration of Life for Steven on his birthday in September of 2022.