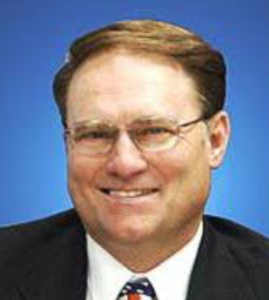 Steve Sheldon Rawlings, 74, passed away on September 29, 2021 at the Eastern Idaho Regional Medical Center in Idaho Falls from injuries sustained in an ATV accident.

He was born March 25, 1947 in Preston, Idaho to Sheldon Rawlings and Roma Louise Smith. He loved his early life helping his father build a family home, fixing any type of equipment necessary and interacting with his siblings Diane, Cathy, Kim and a bit later in life Stacey.

Steve was an outstanding speaker, writer, athlete, coach, mechanic, husband and father. His priority was family and actively working to ensure their success and attending all types of events kids and grandkids were involved in. After a decorated award-winning professional career with a fortune 500 company, running a family-owned piano business and then as an elected government official in Utah, Steve enjoyed returning to his Preston roots and life with his wife, and his best friend, (brother in-law) Kevin Gamble. He was still pursuing life vigorously, including gardening, buying horses to enjoy and breed as well as commencing with clearing the land for building a recreation area when an accident took him from this life.

On June 14, 1965, Steve married Jenell Gamble, also of Preston, Idaho. He is survived by his three sons Troy (Lisa) Rawling of Farmington, Utah; Chad (Amber) of North Salt Lake, Utah; Kitt (Susan) of Syracuse, Utah; by 14 grandchildren; by a sister Cathy Nash of Bountiful, Utah; and by a brother Stacey Rawlings of Salt Lake City, Utah. He was preceded in death by his parents and a brother (Kim) and sister (Diane).