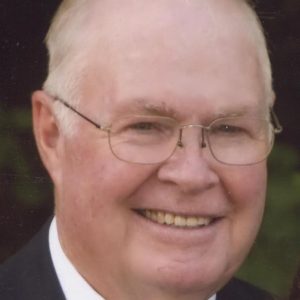 Sherron married Cynthia Mae Bishop on June 11, 1960, in the Cardston Alberta Temple in Canada. Their first home was in Great Falls, Montana. They moved to Provo, Utah, to continue his education at Brigham Young University (BYU), where they stayed for twenty-seven years. While living in Provo, their family grew to eight children: Sonja, Patty, Becky, Wayne, Benton, Susan, Cheryl, and David.

Sherron grew up in Idaho and Montana, working on his family’s sugar beet and dairy farm. He graduated from Simms High School in Montana, and then attended BYU, earning a Bachelors Degree in Education with a composite major in Mathematics, Physics, and Chemistry. He earned a Master’s degree in Mathematics from Oregon State University. He taught school briefly in Moab, Utah, then in the Provo School District for ten years.

He was a lifelong learner, prolifically reading all kinds of books. Having learned about computers, he soon operated the district computer center and introduced computers into the schools, and then served as Business Manager for the Provo School District.

In 1987, the family moved to Windham, Maine, where Sherron served the Windham School District, assisting the superintendent with business and finances. He was active in the Maine Association of School Business Officials, and later served as President of that association. In 2002, Sherron retired a second time, and they moved to Smithfield, Utah, to be closer to family.

Sherron always enjoyed nature. He loved hiking and fishing with his family, and tending his garden. He introduced the family to cross country skiing, canoeing, and kayaking. He served many years as a dedicated Boy Scout leader in Utah and Maine for his church’s youth program.

He was a faithful member of The Church of Jesus Christ of Latter-Day Saints, and served as a missionary to the West Central States. He served in many callings in the temples, especially in the Washington D.C., Boston, and Logan temples, and also worked with missionary work and Family History. He served twice as a Bishop, and in his later years as a Stake Patriarch. He loved working with people, especially the youth and fellow temple workers.

Sherron is preceded in death by his parents, daughter Becky Porter Kimball, his brother Rell, his sister Teresa, and great-grandson Jason.

The funeral services will be held at 11:00am at The Church of Jesus Christ of Latter-Day Saints, 340 East 300 South in Smithfield, Utah.

A viewing before the funeral will also be held on the day of the funeral at the church building from 9:30-10:30 am.

In lieu of flowers, please make a donation to Primary Children’s Hospital.