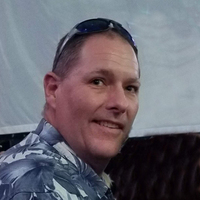 Shaun was born on January 26, 1969 in Pocatello, Idaho the son of George and Joyce Hogan Bowles.

Shaun was a member of the Church of Jesus Christ of Latter-Day Saints.

He loved his diesel truck, his animals, especially his boxer dogs. Shaun loved his 3 grandchildren and enjoyed spending time with them and family.

He was preceded in death by his parents.

Services will be held on Thursday, December 2, 2021 at Noon at the Thatcher Williams Ward LDS Church. Family will visit with friends on Thursday morning at the Church from 10-11:30 a.m. prior to services.

Burial will be in the Lago Cemetery in Lago, Idaho.