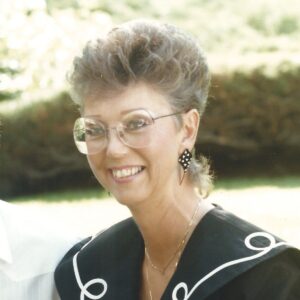 Our loving mother, grandmother, great grandmother, sister, aunt and friend, Sharon Hess Hill, 78, passed away on Thursday, May 20, 2021 at Legacy House of Taylorsville of natural causes.
She was born on September 21, 1942 in Brigham City, Utah, a daughter of Edward Glenn and Lola Nell Hyatt Hess.

She married Jed Gilmore in 1960 in Deweyville, Utah. They were later divorced.  Sharon married “Buck” H. Garold Hill on August 24, 1985 in Brigham City, Utah. He preceded her in death on October 23, 2012.  She graduated from Bear River High School in 1960.  Sharon was a member of the Church of Jesus Christ of Latter-day Saints.  She owned Sharon’s Ladyfingers Nail Salon for over 25 years. She and Buck retired in 1992.

She enjoyed painting, leatherwork, sewing, tatting, horseback riding and being with her family.
Sharon and Buck were the almighty golfers. Her favorite past time with golfing was going bare foot.

She was preceded in death by her husband, Buck, one granddaughter, Courtney Lynn Bair and three brothers, Dale Hess, Ron Hess, and Neal Hess.

Click this link to view additional details about Sharon’s Services, including any available live streams: https://my.gather.app/remember/sharon-hill

In lieu of flowers pay it forward to someone in need.

Sharon will be interred in the Deweyville City Cemetery.