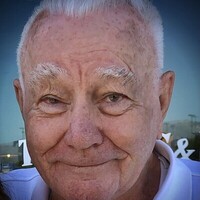 Robert “Bob” Everett Colson, 88, of St. George, Utah, passed away July 16, 2021 in St. George, Utah. Bob was born May 3, 1933 to Robert William Colson and Ellen Laurine (Pedersen) Colson in Idaho Falls, Idaho. He grew up the fourth of eight children on his parents’ dry farm in Swan Valley, Idaho. Bob attended Idaho Falls High School and graduated in 1951. He volunteered for the U.S. Army as a paratrooper during the Korean War. He was not called to serve overseas, as the war was ending, and finished his enlistment working in the mess hall as a cook. He always said he could cook, but only for a minimum of 500 people.

As the oldest son, Bob felt great responsibility for his family and continued to work the family farm with his brother after his father’s death in 1958. He continued to support his family while he studied civil engineering at Utah State University in Logan, Utah.

Bob met his wife, Janice Rose Thomas of Malad City, Idaho, while attending college. They married on September 19, 1959 in the LDS temple in Logan, Utah. Bob and Janice raised four children together. They were married for 53 years when Janice passed on August 13, 2012. While still in college and working the family farm, Bob also worked in Idaho Falls for the city engineer. After graduating, Bob and Janice and their son Robert moved to Blackfoot, Idaho where he served as the City Engineer until 1970. While in Blackfoot, their second son, Tom, and their daughter, Sue, were born. The family then moved to Naperville, Illinois where their youngest daughter, Jan, was born. In Naperville, Bob worked as a corrosion engineer for Cipro/Dipra.

Bob was a pioneer in the field of corrosion engineering. He and his family moved to Clayton, California in 1978 when he was hired as a corrosion engineer by CERCO. In 1986, he formed ConCeCo Engineering in Concord, California, with two college friends. Bob traveled the West Coast and Pacific islands doing contract work for the Navy and other municipalities for many years. He and Janice retired to St. George, Utah, in 2004. After Janice’s death in 2012, Bob met Carole Kelsey Gardner in St. George and they were married May 10, 2014. They enjoyed many games of Pinochle together before Carole’s passing on October 8, 2020.

Throughout his life, Bob valued family, service, honesty, and integrity above all else. He loved playing card games with his grandkids, and anyone else who was willing, and usually won. He enjoyed fishing and hunting in his youth. Bob was known for his humor and loved telling stories.

Graveside services will be held at the Malad City Cemetery at 10:00AM Tuesday July 20,2021.