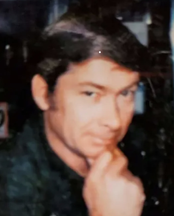 “We are confident, I say, and willing rather to be absent from the body, and to be present with the Lord.” (2 Corinthians 5:8 KJV)

Rex Farnes Ewer, our beloved father and grandfather, entered into the presence of Jesus, his Lord and Savior, on April 26, 2022.  He passed peacefully surrounded by his loving family.

Rex was born in Logan, Utah on November 26, 1935 to George Wayne and Mardene (Farnes) Ewer.  He was the middle child of the family, having an older brother (Reed) and a younger sister (Nadine).  While having to overcome many tragedies and trials throughout his childhood, he had many academic accomplishments with an already outstanding work ethic as well.

He graduated from Logan High School in 1953. During his senior year he enlisted into the Army Reserves where he served from 1953 until 1959.  He served our amazing country with great honor and pride.  During this time he also met his “best friend” and “love of his life”, Phyllis Peterson.  They were married on April 13, 1955 in Ogden, Utah.

Rex and Phyllis made their home in Salt Lake City, Utah where they had 3 children together.  As a family they enjoyed stock car races, having friends over, and listening to music.  His favorite time was enjoying time spent with family and friends during the holidays. They also took trips together to Logan to visit extended family whenever they could.

Rex was an avid sports fan. He loved baseball, basketball, football, and even bowling. He loved teaching his children how to play these games as well, especially baseball, throughout their childhood. Several years later, in April of 1976, he became a grandpa for the first time. A role he took on with great pride and patience. He would teach his grandchildren the very same things he taught his kids. They learned how to fish, how to play marbles, cards, chess, and checkers, along with many other games that he enjoyed.  He shared his knowledge and the love of all sports with the grandchildren as well.

Rex was an extremely hard-working man. He was always the responsible and diligent provider for his family, even up to the very end of his days. Taking on lawn mowing jobs as a young man to buy his own bike, or to help his grandmother financially.  He began his working career at EIMco through the 1950’s, while at EIMco he became involved in the Junior Achievement Youth Program. Where he was greatly passionate about helping the youth in his community. After his time at EIMco , Rex moved on to become employed at Waterworks Equipment Co., while also working nights (part-time) as a cleaner at Sears. After a brief retirement from WECo, he decided to re-enter the workforce at Ferguson Plumbing Supply. From which he later finally retired from due to serious medical circumstances.

On December 31, 2017 his precious wife, Phyllis, passed away unexpectedly. Which in turn led Rex to have to move up to Salmon, Idaho, into the home of his daughter and her husband.  Rex loved and enjoyed the quiet and beautiful area.  However, in 2021, due to his deteriorating health, they made the decision to relocate to Hagerman, Idaho.  They needed and wanted to be closer to his children and grandchildren, including those in Utah.  In order to spend his remaining days with the love, care, and great comfort of family. Debbie honored him until the end with much love and care, as did his granddaughters, that were constantly there for him and their mom.

He was preceded in death by his loving wife, Phyllis, his parents G.  Wayne and Mardene Ewer, siblings, Reed and Nadine Ewer.  Also, his Grandparents, George and Amelia Ewer, who ultimately raised him to be the amazing family patriarch he had become, and that we all absolutely loved and adored.  He will be missed dearly until we meet him again the other side of heaven.

“Verily, verily, I say unto you, He that heareth my word, and believeth on him that sent me, hath everlasting life, and shall not come into condemnation; but is passed from death unto life.”( John 5:24 KJV)

Burial will be in the Logan City Cemetery with Military Honors.