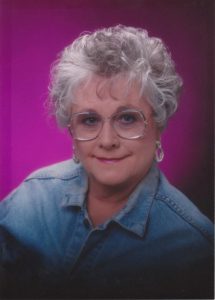 Phyllis was the third of four children. The family live in Canada until she was 12, when they moved to Spokane, Washington. She graduated from West Valley High and started her first job at the phone company.

She met Miles Berry in 1954, and they were married in July of 1955. They moved to Paradise, Utah and had three children, Darlene, Bob, and David. In 1960, Miles was killed in a car accident leaving her with a 4 year old, a 2 year old, and a 6 month old. She later married Mark Berry and they had one son together, Ron Berry. They were later divorced.

In 1989 she was sealed to Miles in the Seattle Washington temple. She was a lifelong member of The Church of Jesus Christ of Latter-Day Saints. She served faithfully in many callings from being the best girls camp director ever, to Relief Society president.

Phyllis worked most of her adult life as a bookkeeper, and really enjoyed her work. After retiring from Modern Drywall, she moved from Deer Park, Washington back to Logan, Utah. She loved her lake property on Lake Roosevelt, and passed that love down to her children and grandchildren. She enjoyed doing all kinds of hand work including, crocheting, knitting, and cross stitch. She was also a wiz at crossword puzzles, and made the best penuche at Christmas time. In October of 2020, she moved into Blacksmith Fork Assisted Living in Hyrum, Utah. Special thanks to all of the wonderful people who helped take of her there.