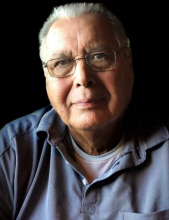 Phillip Hendrix Gover II, 81, of Jenks, Oklahoma, an enrolled member of the Skidi Band of the Pawnee Nation, returned to the stars on February 9, 2021.

Phillip was born July 11, 1939, in Pawnee, Oklahoma. Phil moved to Brigham City the spring of 1952. He attended Central School and graduated from Box Elder High School, a member of the class of 1957.

He enlisted in the Marine Corps Reserves in Ogden in 1962. He served six years and was honorably discharged March 1968.

Phil graduated from Northern Arizona University with a Bachelor’s of Science in chemistry. He started his career as a chemist in refineries throughout the United States and Africa, and ended his career of more than 40 years as a plant manager specializing in hazardous waste management and renewable energies.

First and foremost, he loved being surrounded by his family’s laughter, and watching his kids and grandkids play sports. He enjoyed going to his kids’ music competitions and concerts, playing golf with his sons, having lunch with his daughters, books, cooking, bird watching, skiing in his younger days with kids who no fear, sunsets and sunrises, and holding his wife’s hand.

Condolences and memories may be shared with the family at Poteet Funeral Home.