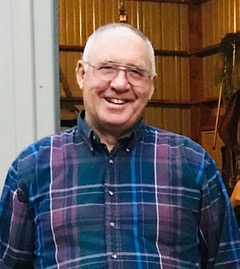 Perry Jay Johnson, 81, Montpelier, Idaho was called to his heavenly home on May 12, 2021 to reunite with loved ones, including his son, Tyson.

Perry was born on January 28, 1940, the only son of Cleo and Josephine Johnson. Perry had 4 sisters, 2 older and 2 younger, that he loved to tease.

Perry was raised on a small dairy farm and tells stories of milking cows before school and after practice. It was on the farm that Perry gained his very strong work ethic.

Perry served a mission for The Church of Jesus Christ of Latter-day Saints in the Northern States Mission after one year of college. He returned to Ricks College where he met Joy Davenport. They were sealed for time and all eternity on August 29, 1963 in the Idaho Falls, ID, Church of Jesus Christ of Latter-day Saints temple. Perry finished his education at Utah State University where he graduated with a degree in Wildlife Management. He spent his life career working for the Idaho Fish and Game – a job he loved!

Perry and Joy had six children, Janna Delaine, Randall Jay, Ronda Joy, Bradly Thomas, Jared William and Tyson Cleo. His children have many fond memories of camping, fishing, hunting, horseback riding and 4-wheeling with their father. He taught them to always leave the campsite cleaner than how they found it.

After 34 years with the Idaho Fish and Game serving in the Challis, Grace, Pocatello and Salmon areas, Perry and Joy settled in Montpelier Idaho where he continued to share the love of the outdoors with his grand and great-grandchildren.

He is preceded in death by his parents, two sisters, his youngest son, Tyson Cleo and a granddaughter, Cambria.

Funeral services will be held at 11:00 am, Saturday, May 22, 2021 at The Church of Jesus Christ of Latter-day Saints Montpelier Stake Center in Montpelier, Idaho, 340 N 6th St.

Dedication of the grave and burial will be in the Bern Cemetery following the funeral.