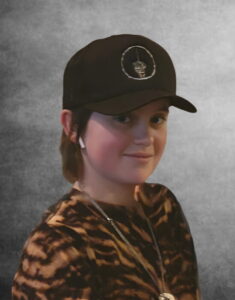 Mason was the most amazing young man. He was compassionate, caring and always concerned about others. He had a heart of gold and was loved by everyone that knew him. He was the light of his momma’s life.

Mason had a natural talent for mechanics and was looking forward to building a drift truck out of his Ford Ranger, and a show truck out of a 1982 Chevy, which he was going to buy from his grandpa. He helped his dad bring his diesel truck back to life, and especially enjoyed that time with his dad. He talked often about having the truck for his own one day. Mason admired his dad and always looked up to his amazing example.

Mason was always quick to help with anything for his family and would do anything for anyone with few complaints. He loved his little sister and often played with her, and he was her favorite babysitter.

Mason did well in school and was liked by his teachers. Good things were always said about him. He was working hard toward early graduation. He was employed as a dishwasher at the Rusted Spoon in Perry. His coworkers often told his parents how they loved him and enjoyed working with him.

Mason chose his time to leave this world. While we will never know why, we do know he is at peace now.

He is preceded in death by his grandpa Don Larsen, Uncle Blake Larsen and grandparents Dave and Maryanne Strain.

Donations may be made in Mason’s honor to Suicide Prevention at https://suicidepreventionlifeline.org/donate/