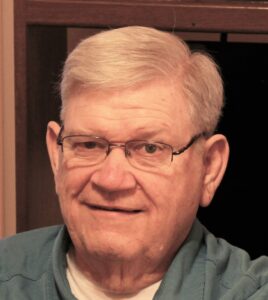 Marriner Noel Morrison Nielson passed away January 7, 2022 in Logan, Utah of natural causes. He was born on August 16, 1944 in Brigham City, Utah to Marriner Merrill Morrison and Minnie Noel. He was 6 years old living in Brigham City when his father passed away. His mother remarried Elmo Earl Nielson who had three children from his first marriage. His step-siblings, who have preceded him in death, were: Sharlene, Kay and Scott.

At age 5, the family moved to Preston, Idaho where Elmo ran the Grand Theatre and Noel could get into the movies for free. The onset of TV hurt the theatre business so Elmo sold the theater and moved the family to Los Angeles, when Noel was 11.

Noel graduated from George Washington High School in 1963. A class in Graphic Arts influenced him to choose printing as his vocation. He worked as the head of typesetting for the school paper. He also played football in 11th and 12th grades and wrestled. Noel played football at California State Poly Technical College until he hurt his back. Next, he attended Los Angeles Harbor College for two years majoring in Printing Management. After school, he worked for Burns Typesetting Service in Inglewood, California, from 1963 to 1965.

In 1965 he was drafted into the Army, He was stationed at Yon Son, Seoul, Korea, serving as early morning prep chef. Then he was reassigned to a printing unit. On TDY in Vietnam he printed psychological warfare. By 1969 he moved to Salt Lake City, Utah, where he worked for Deseret Press for several years and met Angela Ison They were married on December 29, 1978 in the Salt Lake Temple. He moved back to Preston to work for the Preston Citizen in 1976. A year later, he opened his own shop, Nielson’s Printing, which he ran successfully until his retirement in 2003. He had a strong work ethic and taught his children the value of work while they helped at the print shop.

During his printing career he saw the printing industry change from “pouring pigs”, linotype to computers and sending proofs by e-mail. He loved to golf, bowl and served in Preston Auxillary Police. During his confined years he knit beautiful hats on a circular loom, which he sold and gave away. He served in Preston 9th ward in various callings and had a testimony of Jesus Christ.

The family would like to thank Franklin County Ambulance crew, neighbors, home health workers and the facilities he stayed in for their care.