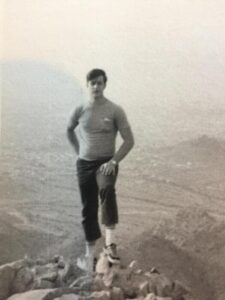 Lynn C. Gambling of Sharon, Idaho passed away on July 4th 2021 in Pocatello Idaho from a heart attack. Lynn was born on October 11th, 1946 to Ada Mae Homer Gambling and Carlyle Gambling in Montpelier, Idaho. Graveside services will be held on Friday July 9th 2021 at 11:00 a.m. in the Liberty Cemetery.

Lynn, at an early age, learned how to work hard and play harder on the family farm in Sharon Idaho, hauling hay and taking care of farm animals. Lynn was strong as an ox and pretty athletic. He participated in track where he competed in the 440 dash. He was also talented in football, he played for Fielding High School where their winning seasons were recognized by the Salt Lake Tribune.

After graduating from high school Lynn attended Idaho State University where he received an associate’s degree in agriculture and soil conservation.

When the draft was active for Vietnam he chose to enlist in the Air Force, where he received training as a bomb technician. He was stationed in Taiwan for 2 years and Clark Air Force Base in Arizona for the remainder of his time.

When Lynn came back from serving his country, he began his career at Monsanto in Soda Springs, Idaho, where he gained many great friendships and received the nickname of Chicken Man. He retired from Monsanto at the age of 55.

After retirement he started having many health problems, but still enjoyed getting out in the great outdoors and fishing with his good buddy Alan Hymas.

Lynn lived in his childhood home for all his life and after the passing of his father in 1973 he was a big help to his mom. Ada loved cooking for him.

Lynn was preceded in death by his father Carlyle and his mother Ada, grandparents, aunts, uncles, his brother John (Rhonda) of Sharon, Idaho nieces and nephews.

Lynn loved family get togethers . We will miss you Lynn. See ya when we see ya. Love ya!