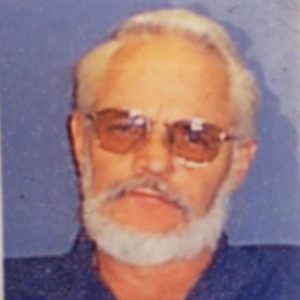 Lynn Allan Basset passed away at the age of 78.

Lynn was born in Preston, Idaho November 14, 1943, to the parents of Preston Rowe & Ruth McQueen. He grew up with four brothers (Dave, Mack, Jay, Sylvan) and one sister (Juleen). Lynn married his love Voyle Herzog on February 8, 1963. They were sealed in the Logan LDS Temple on August 10, 1965. Together they raised four beautiful children in Logan. Carl (Inez) of Garland, UT, Steven (Bonnie) of Franklin, ID, Annette of Logan, UT, Debra (Mel) of Wellsville, UT.

Lynn was a hard worker and retired after working over 40 years at Logan Regional Hospital ensuring the patients and caregivers had clean linen during their stay at the hospital. He was an active man who loved spending time with his 18 grandchildren & 31 great grandchildren. Ever since he was 16, he has helped those around him fix their bicycles. When he was older, he developed a love for mechanics and enjoyed repairing vehicles for the people around him. He also made sure to always have a pocketful of candy to his grandchildren and great grandchildren.

Lynn was extremely accepting of the people around him. He enjoyed rescuing people in their times of need. He loved being outdoors, in addition to riding his bicycle he enjoyed going fishing, camping, playing horseshoe at family reunions, and spending many hours in his shop.

Lynn is back in the arms of his soulmate Voyle, along with their unborn child Dana Allan.

Interment will take place in the Logan Cemetery.

Condolences and thoughts may be expressed to the family online at www.allenmortuaries.net.