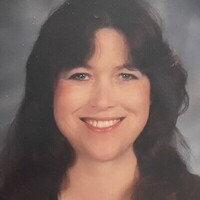 Lesa Ann Young passed away suddenly on November 15, 2021 and rejoined her father who she dearly loved.  Born July 22, 1959, Lesa loved her family and dedicated her life to seeing that all around her were taken care of and knew that they were loved. She spent a lot of hours worrying about everyone in her circle and when worry wasn’t enough, she would worry some more. Her smile was contagious and led many to feel unconditional love. To know her was to be considered family.

Lesa was born to be a mother as her children will attest. Many of her adopted, not legally, children shared that love as well. She worked tirelessly to support those around her. She sacrificed much of her own well being if it meant that another would have what they needed. Her struggles were known to few, as she spent a significant amount of time attempting to
overcome them, chiding herself when she failed. She smiled through a lot of pain. The internal battle in trying to live a ccording to her understanding and growth was constant and consistent. She strived to live a life that would make her Heavenly Father proud.

She is preceded in death by her father, John J. Williams. She is survived by her mother, Verlene Williams, her siblings Johnny III, Jan, and Gary, her children TJ and Dawn Young, Cami and Jason Stubbs, and John Young III, as well as her 8 grandchildren Sariah, Ayden, Melina,
Brock, Camryn, Leneah, Trevin, and Pablo.

Funeral services will be held on Saturday, November 20 at 11 a.m. in the Malad LDS 3rd Ward Chapel.

Friends may visit with the family at the Horsley Funeral Home on Saturday from 9:30-10:30 a.m. prior to the services.