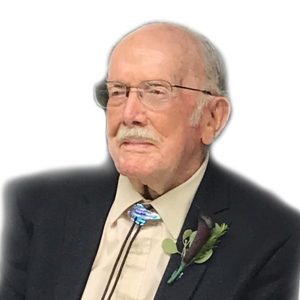 LaVere moved around a lot while growing up. He lived in Ferron, Utah, Hiawatha, Utah, Boulder City, Nevada and Logan, Utah to name a few. LaVere met the love of his life, Lunella Hemmert while they were seniors at Logan High School. They were married in the Logan Temple on July 6, 1945. LaVere and Lunella were blessed with four sons and one daughter. LaVere served his county by serving in the Army from 1945 thru 1946. He was stationed at Fort Lewis Washington. He was a member of the Church of Jesus Christ of Latter-Day Saints. He served as the Sunday School Superintendent.
In 1952 LaVere started working for his dad at Wasatch Oil, Barker’s 66 Service, which was located at the “Y” in Logan, Utah. Later it was renamed Whitepine Gallery. In 2009 he closed the gas station and leased it for while. Then in 2013 he opened Barker’s Propane where he sold propane and all the things that went with propane. He worked at the store until 2018 when he retired. He was 92-year-old.

LaVere loved many things like going hunting, fishing, flying, and sailing. These activities took him and his family all over the county, from Kansas to California, and sailing boats at Bear Lake, Jenny’s Lake and at Mission Bay, San Diego, Califronia.

He is preceded in death by his parents, two sister – Ellene and Betty, one brother – Bill and one granddaughter, Michelle Naylor.

The family would like to thank the people of Intermountain Hospice Care, the Wound Care Center at Logan Regional Hospital and the home care aids.

Internment at the Logan Cemetery.