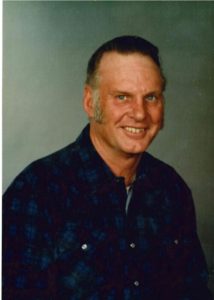 Larry Gilbert Lloyd passed away January 3, 2021 at Bear Lake Memorial Hospital due to complications of heart failure at the age of 84.

Larry was born in Montpelier, Idaho June 30, 1936 to George Gilbert Lloyd and Florence Katherine Sorenson. He was the oldest of three boys.

Larry grew up on the family ranch in Afton, Wyoming. Larry enjoyed living on the ranch taking care of the animals, and he had his own team of horses. One of his many chores was to milk cows and it was something he did not enjoy.

Larry married Merlynne VanDarlin in 1955 in Montpelier, Idaho. They welcomed one son in 1956, Kenneth Gilbert Lloyd. They later divorced.

Larry spent time on the ranch with his boys. The boys would go out shooting squirrels, and rabbits with single shot .22 rifles. Larry would only give the boys one bullet at a time to make them learn that the first shot had to count.

As a teenager Larry worked for Covey and Dayton Ranch in Cokeville, Wyoming. After High School he went to work for the Railroad for a few years. Later he went to work for Central Farmers Mine in Georgetown, Idaho. When the mine shutdown he went to work for Rich Motor Company, a local Pontiac Dealer. After a few years he was offered the job of Deputy Sheriff of Bear Lake County for four years. He then went to work at the Becker Plant in Soda Springs, Idaho, he was later laid off. He then started driving over the road Semi’s for Jack B. Kelly Inc. until he retired.

He was preceded in death by his parents, his brothers Jack and Richard, his son Ryan, and two great-grandchildren Mahala and Casey.

He will be missed very much!