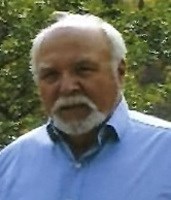 Lanny John Buttars passed away on May 20th 2021 at the age of 76 after complications with infection, pneumonia, and heart failure at the St Marks Hospital in Salt Lake City, Utah.

Lanny was born October 15th 1944, the second child of Ronald Vernal Buttars and Faye Kloepfer Buttars Atwood. He grew up in Logan, Utah in the family home built in 1884. It was constructed by his maternal Great Grandparents, Henry and Eliza Kloepfer.

Lanny attended Logan City Schools and Utah State University. He earned two Bachelors Degrees, one in Business and later in Accounting. He paid for his education.

He is a member of the Church of Jesus Christ of Latter-day Saints. He joined the Army Reserves. After college, Lanny was employed with Emico as a Field Engineer. His division of Emico was later transitioned to FLSmidth and finally to Baker Hughes. He worked in many countries including Venezuela, Argentina, Chile, Ecuador, Puerto Rico, China, Iran, Mongolia, Trinidad and Tobago, The Red Dog Mine in Alaska, and Kennecott Utah Copper Mine in Bingham Canyon, Utah.

He married Carol Joyce Sorenson on February 14th 1982 and together they have one son, Lance Golden Buttars, born May 22 1985.

Lanny was an outdoorsman- enjoying deer and pheasant hunting, fishing, dogs, horses, guns, cars, telling long-winded jokes, piping hot food, and the company that went with it all. He was also a hunter in his travels when he found treasures and bargains to fill his home and cabin. He spent ten years building the cabin in Sterling Alaska and was an avid fisherman on the Kenai River.

Lanny was a happy person and enjoyed his own company. He would cry tender tears when he spoke with pride of his son, Lance.

As a history record we include Family that preceded him in death.

We celebrate the life of our Father, Brother, Grandfather, Uncle and friend and we envision our amazing relatives greeting him at a noble reunion.

Funeral services will be held Friday May 28th 2021 at the church located at 7035 South Nutree Drive, Cottonwood Heights, Utah.