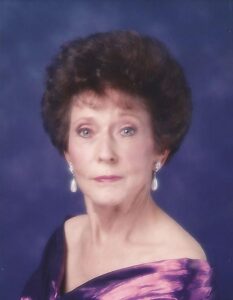 LaNea Wagstaff Rawson was born October 8, 1936, in Ogden, Utah, the daughter of Parley LeRoy Wagstaff and Eliza D. Blanch. She passed away on Valentine’s Day, Sunday, February 14, 2021, at Maple Springs in Logan, Utah. Even though a stroke 7 years ago had taken her mobility, she was able to still enjoy friends and family as they visited her over those years.

LaNea grew up in West Weber where her parents taught her a good work ethic. She went to Walquist for the ninth grade that was the starting of middle school. She graduated from Weber High school and attended one year at Weber College.

She started working at the Weber Clinic as a doctor’s assistant in July 1955. She married Verl Dean Rawson on April 19, 1957, in the Salt Lake Temple. They later divorced. She had a close friend, John Paul Cravatta, who made her life happier for 16 years and preceded her in death.

In April 1965, she with her husband and 2 sons, went to Australia on a building mission for the Church of Jesus Christ of Latter-Day Saints. In September 1968, she came back home with another son, an Aussie. She raised her family in Warren, Utah. In 1979, she went to work full time at the Harline Clinic, formerly the Weber Clinic. After 40 years of service helping people, she retired.

LaNea will be buried in the West Weber Cemetery.

In lieu of flowers, donations to the Diabetes Association, American Cancer Association, or the L.D.S. Church Perpetual Education Fund.

A special thanks to staff members at Maple Springs and Legacy House as they cared for LaNea.