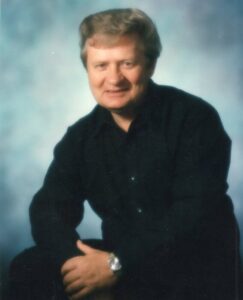 Kenneth Weyn Bird passed away at his home in Paris, Idaho on July 13, 2021. He was born on July 8, 1947 to Weyn Henry Bird and Mary Leona Peterson. He attended schools in Paris and graduated from Fielding High School. Later he attended college classes in Utah. In 1973, Ken married Charmaine Jensen of Preston but later divorced after 20 years. They had two girls. He worked with the Forest Service and then for Keith Jorgensens in Logan, Utah. He sold pianos, organs, and keyboards in the Bear Lake Valley. He was also a caretaker for the Paris Tabernacle for many years. Ken married again in 1995 to Gloria Vonberg. They enjoyed doing many hobbies together but later divorced.

Ken loved music from a young age. He was a prodigy with music, being able to transpose songs to any key and play full accompaniment no matter how many sharps or flats. He sold pianos and organs over the years and played for many events in the valley. Summertime was a favorite as he was able to use his gift to play the Paris Tabernacle Organ for people touring the building. Ken would have people request songs and as long as he was familiar with the song, he could play it without music. An outstanding talent was being able to simply hear a song and then play it by ear. Ken also was a skilled taxidermist and stamp collector. He loved showing his collection of butterflies to people. The outdoors was where he loved to spend time. He loved the hills and mountains, spending a lot of time hunting or just sightseeing and enjoying nature. As a member of The Church of Jesus Christ of Latter Day Saints he served and inspired in many musical capacities.

Ken was preceded in death by his parents Weyn and Leona Bird; and 2 brothers in law, Delmoine Hansen and Dwinelle Allred.

A graveside service will be held Friday July 23, 2021 at 11:00 at the Paris Cemetery following a family viewing at Schwab Matthews Mortuary in Montpelier at 10:00.