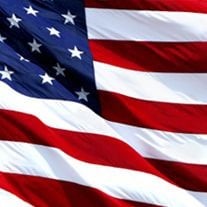 Joseph Byron McMurdie, beloved husband, father, grandfather & brother passed away May 28, 2022 after living a long full life. Born Oct 13, 1929 in Paradise Utah, to James Howard & Harriet McMurdie. He was married in the Logan Temple to Thelma Joy Seamons on Sept 23, 1953. Life long member of the Church of Jesus Christ of Latter Day Saints, he served in many different Church callings.

As a young boy, Joe worked alongside his father learning many skills he would later try to pass on to his own sons. Later, he served his country in the Armed Forces during the Korean War. He met his mate of 49 years in the spring of 1953 and they were married later that year. Joe loved the outdoors and traveling with his family. His favorite times were spent, camping, hunting, and fishing with his family. His greatest success in life was his five children, 16 grandchildren, and 25 great-grandchildren of whom he was extremely proud. After losing Thelma in 2002, Joe married Annette Anderson in 2003. Joe loved and was loved by her and her children, grandchildren and great-grandchildren.

A viewing will be held on Friday June 3rd, from 6 to 8 PM Allen Mortuary, 34 East Center Logan.

Condolences may be shared at www.allenmortuaries.com