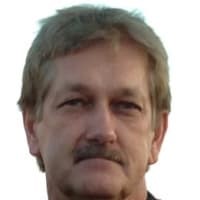 Our loving husband, father, grandfather, brother, uncle and cousin, James Mark Kannegiesser, 65, passed away suddenly at Ogden Regional Medical Center of natural causes surrounded by his family. He was born on January 28, 1957 in Billings, Montana. Jim graduated from Box Elder High School in 1975.  He married his sweetheart, Cindy Green on October 21, 1978 in Las Vegas, Nevada.

Jim was self-employed as a General Contractor for 35 years and was currently working at Westinghouse making nuclear reactors for 42 years. Jim’s motto was “Life is uncertain eat dessert first”, he also loved coffee, motorcycles, and his guns. He enjoyed being with his family and working on automotive projects with his grandsons.

He was preceded in death by his mother, Rosemary Burns, father, Robert Burns, one brother, Billy Kannegiesser, and one brother-in-law, Gary Anderson.

Jim’s desire was to be cremated and the family will have a private celebration of life at a later date.