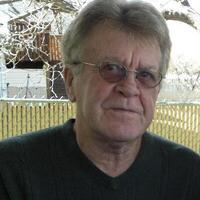 James “Jim” Harvey Hansen, of St. Anthony, Idaho, passed away on February 9, 2021 at Eastern Idaho Regional Medical Center at the age of 72.

He was born on July 7, 1949, in Preston, Idaho. He was the third of seven children born to Harvey S. Hansen (Mink Creek, Idaho) and Myrle Nelson Radford (Preston, Idaho), and was their oldest son. He attended Preston high school and was a good student. As a teenager, he was very gifted at working on cars and enjoyed taking auto mechanic classes and enjoyed playing on the football team.

In January of 1969, he was drafted into the Army and attended basic training at Fort Ord, California. He was assigned to the B Troop 1st Squadron 11th Armored Cavalry. He received a Purple Heart for injuries received in the Vietnam war, and was honorably discharged in 1971.

In December 1971, he married Pamela Casperson and later divorced. In February 1989, he married Mary Ellen Eldredge and happily accepted Ammy (Maynard) Wilkins as a stepdaughter.

Shortly after their marriage, they relocated to Eastern Idaho so Jim could work for the Idaho Transportation Department in Ashton, Idaho. He was employed at the ITD for over 20 years. Jim and Mary would later divorce but remained good friends that always took care of each other.

Jim was very talented in many areas. He was known for being able to fix anything and for how meticulous he was with his work. He was a skilled carpenter, welder and mechanic.  He had a love for the outdoors, riding horses, hunting and for his dogs. He enjoyed gardening and was a gifted gardener who enjoyed sharing the abundance of produce from his garden to anyone in need.

Our family will forever be grateful for the love and compassion the Fremont County Emergency Responders and local law enforcement have always shown with each interaction with Jim as he struggled to deal with PTSD. As well as, additional thanks to the doctors, nurses and staff at EIRMC that provided such exceptional care during his final days.