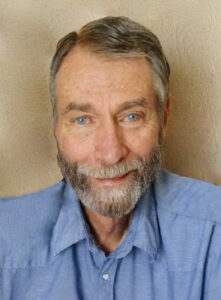 He was born a few years back, died a couple days ago. We’ll think of something to do with him, the rest is none of your business, you nosey a–.”

Jim was born to Olive and Thad Brown July 11, 1946. His kids would later tell him that his fortunate birthdate meant he could get free Slurpees® for his birthday every year, but he didn’t care. He preferred chocolate malts. The kind made using real ice cream and milk. Not the blended soft-serve ice-cream crap sold everywhere these days.

Jim joined his father, Thad, brother, Dee, and sister, Carol, at Brown Monument where they ensured all those who came through their doors received the best monument to mark the life of their loved one. Jim wanted each to have a stone that would last for generations. Jim was sensitive to the fragile emotional state with which many of his customers came. Jim listened, extending compassion and empathy. He never wanted anyone to feel they weren’t fairly treated – believing his customers should take advantage of him, not the other way around. Jim would sweat the details, believing a job done right and well was its own reward – even if no one else knew the effort that went into it.

Jim was humble, he wrote the quote above as his obituary. He didn’t like drawing attention to himself but his height made it impossible. He was 6’7” but always said he was 6’6” – giving up an inch to be more approachable. If he’d read this obituary he’d probably frown, then relent to make his kids happy.

Jim said he was proficient in four languages, broken English, profanity, gibberish, and gobbledygook but he had a better grasp of language than he let on. He was always reading, especially about his hobbies. Jim loved the outdoors, shooting, hunting, fishing, Birmingham roller pigeons, and had a passing interest in politics – meaning he listened to political radio shows. But we can’t recall him ever saying much positive about anyone in political office.

He did have a dog named Governor he liked. Jim knew the mountains around Cache Valley and the high plains surrounding the northern end of the Great Salt Lake – having explored, hunted, and fished as much of that land as anyone. Jim was generous with information on the best places to fish, hunt, or just explore, and taught others the importance of respectful stewardship for wild things and places. He loved shooting as a hobby, and on days he shot poorly would mutter that he couldn’t “hit his a– with a handful of wheat.”

Above all, Jim loved his kids and grandkids. He shared his hobbies with them. He listened and learned about their interests and became a passionate supporter – encouraging each to become their best selves. He was a great father, grandfather, and friend.

Jim was preceded in death by his mother, Olive, father Thadeus, his brother Dee, sister Laura, and granddaughter Tayler.

There will be a graveside service for Jim in the Logan City Cemetery Friday, February 12, 2021 at 2:00pm.

In lieu of flowers please donate to The Mayfly Project.