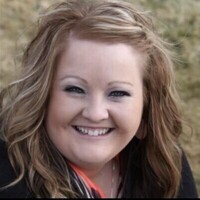 Jackie Merlyn Gambles, 37, of Lava Hot Springs, and for the final record it is Merlyn not Merlin (she is not a wizard), peacefully passed away at her parents’ home of unknown causes on May 8, 2022. Jackie was born March 28, 1985 in Preston, Idaho. She was the first child and only daughter of Bradley Gilbert Gambles and Lorie Pope Gambles.

Jackie started her earthly life on the run when she started walking at 7 ½ months old. Although she called herself strawberry blonde, she was in fact a beautiful red head and had a personality to go along with it. She was a spitfire and was bound and determined to get what she wanted. Jackie never met a stranger as she loved getting to know people. Her greatest asset was her heart and she gave her love freely. She genuinely loved people with her whole heart and always had a big smile to share. Jackie was someone who left you better than she found you, someone who made you feel special and were her friend, someone you wanted to be around more, a ray of sunshine, and someone who radiated love.

Jackie attended Downey Elementary School where some of her best friendships were formed. She made lifelong friendships there that are still intact. She calls them her best friends still today. She attended Marsh Valley Middle School and High School and graduated in 2003. She was awarded the Citizenship Award at Marsh Valley High School as a graduating senior, which tells you a lot about her personality.

Jackie attended college in Provo, UT and earned a business associate’s degree. She moved to Logan, UT in 2005 where she began her career in the medical field. She worked for Dr. Betz, DDS from 2005-2008. She worked for Dr. Gambles, DPM (Parkway Foot and Ankle) from 2008 to present, as THE BOSS (Dr. Darin and staff would agree). She drove from Lava Hot Springs to Blackfoot daily because of the love and compassion for her work, her work family, and all of her patients that she loved. She was an integral part of helping to build Dr. Darin’s podiatry practice and it was her baby. She loved her job, she knew her stuff, and she was just amazing at what she did.

Jackie was the party planner of the family. She was great at bringing people together. She loved to camp and have family reunions. She loved to play games of any and all sorts. Even with those who were reluctant to play games, she could coax, beg, plead, or coerce into playing and they would end up liking it. She was famous for saying, “Just play One hand or One round”, and that would always turn into hours of fun and memories.

She never married or had any children of her own, however, when the first niece came along she took on a new role as mommy-nanny-auntie. She loved children and was an excellent “mom” to whoever needed some love. All those who knew her well, called her Jax. Many kids, including her younger cousins and even those not related, called her her Aunt Jax.

Jackie was loved by all who knew her. She will be greatly missed, but never forgotten. She was the first grandchild on both sides of her family and has a large extended family of cousins and aunts and uncles who love her dearly. She was a faithful member of the Church of Jesus Christ of Latter Day Saints and will be remembered for her love, goodness and example of service.

Funeral Services are under the direction of Horsley Funeral Homes.