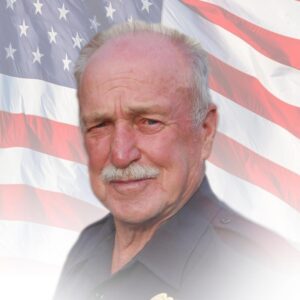 Grant Cardell ‘Sarge’ Nielsen, 84 of Hyrum, passed away peacefully at home in Hyrum, January 10, 2022. He was born April 28, 1937, in Hyrum, UT to Grant and Gladys Nielsen, the fifth of seven children. He attended Lincoln Elementary and graduated from South Cache High School in 1955. He served as a Sargent in the National Guard for seven years.

Sarge married Debra Johnson on September 1, 1972, in the Logan LDS Temple and would be celebrating their 50th anniversary this year. Together they raised 5 children.

Sarge worked at Miller Brothers Feed Yard for 32 years and at EA Miller/JBS until his retirement in 2009. He also served on the Hyrum City Fire Department for over 48 years including 14 years as Chief. He also served on the Hyrum City Board of Adjustments and in 2009 was recognized as The Grand Marshall during the 4th of July Celebration. He has always been an example of hard work and dedication.

Sarge enjoyed camping, 4-wheeling, collecting tools, working in his beautiful yard and tinkering on anything in need of repair. Sarge always had a nickname for everyone and loved to tease. He loved a good hamburger, fresh cut fries and a cold Pepsi.

The family would like to give a special thanks to Intermountain Hospice for their care during the last week.