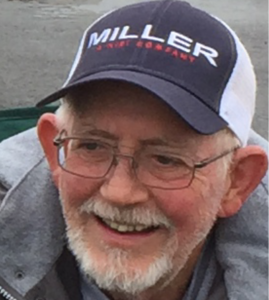 Gene was born in Idaho to parents Eugene and Beverly Ware. He was raised up with four brothers, Jim, Kevin, Paul and Mike. Shortly after graduating high school Gene joined the US Navy and excelled quickly as a medic. He proudly served for 17 years and did two tours in Vietnam. During this time Gene and Julie had their two children, Jennifer and Devin. When Gene left the Navy, they relocated their family to Salt Lake City, Utah and he attended University of Utah’s Physician’s Assistant Program. As a PA Gene worked for Highland Family Practice until he retired.

It was in retirement that Gene began to live his best life. Gene and Julie moved out of the city to Paradise, Utah where his days were spent watching the sunrise each morning and his birds at the feeder. He took care of his hard-working wife and her mother, Beverly, as she aged. His gardens were bumper-crop always and through the years we would listen carefully when he shared his gardening tips. Gene took great pride in his kids, grandchildren and great-grandchildren.

“May you have fair winds and following seas.” Nicely done, Old Man, it was a life well-lived.

A Celebration of Gene’s life will be held in the Spring, his favorite time of the year.