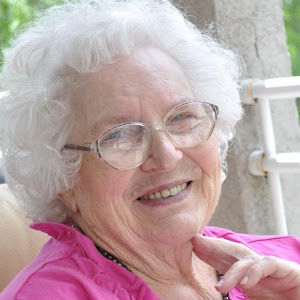 She was born October 29, 1925, in Thatcher, Franklin County, Idaho, the daughter of Titus William Coombs and Blanche Etta Allen Coombs.

She attended school in a little red schoolhouse known as the Buttermilk School, which was located across the road from the Cora and Henry Thatcher place that later became the Coombs family home. The red-brick Buttermilk School was built to replace the old “white” Buttermilk School which was located at the top of the hill above Fern Wright’s. In 1939 she entered Thatcher High School, now an elementary school, graduating in 1943 as valedictorian of her graduating class. She then enrolled in the L.D.S. Business College in Salt Lake City, Utah where she was pledged to the Alpha Iota Sorority for business women.

After a few years of correspondence, which evolved into letters of love, on September 2, 1944, she married Max E Smith, who was serving in the armed forces in San Antonio, Texas. She went with him to Uvalde, Texas, Carrizo Springs, Texas, and then to Enid, Oklahoma, where he was graduated from the Cadet Program with a commission in the Army Air Corps.

They were living in Waco, Texas when the war ended and she came home to await the birth of their first child, Richard. Max followed a month later after his separation from the service. Living with Max’s parents on their Ranch in Thatcher, Idaho, they started raising their family that would eventually consist of seven children, four boys and three girls. Three of the children were born while Max and Eileen shared the residence with his parents and his sister Margaret and her two children. This made for quite a house-full of noisy energetic youngsters.

Eileen had a love of reading, of learning and of music. From an early age, she had a special fondness for animals, kittens, horses, baby farm animals. She loved to ride her horse, Chico, through the canyons and fields of the farm, and picking chokecherries to be made into jelly and syrup. She had many beloved pets; a cat named Sometimes, then Princess, and her soul mate, Buffi. One of the highlights of her life was riding her horse, Chico, into the primitive Sawtooth Mountains with Max and their son Gordon while hunting for elk.

She enjoyed the art of homemaking, knitting, crocheting, quilting, and singing in ward choirs. Eileen enjoyed singing with Dawna Harris and Earline Smith in a trio for several years, and in a mixed quartet with Max and LaClede & Kitty Coombs. Later in life, she took up tatting which she enjoyed, and painting which truly blessed her life and the lives of her family.

She served as music director in various organizations. She was a member of the Stake Singing Mothers Choir and participated in ward and stake choirs wherever she lived. In 1955, when the Tabernacle Choir traveled to Switzerland to sing at the temple dedication, Eileen was privileged to perform with the Singing Mothers for General Conference.

She and Max were active participants in their home ward in Thatcher, Idaho, then in Union First and Thirteenth Wards in Midvale, Utah, and later in their ward in Green River, Utah. Eileen served as MIA President in Thatcher Ward, and as Primary President in Midvale, Utah, then as 2nd Counselor in the Union 13th Relief Society Presidency, serving with President Enid Newbold. They lived in Green River, Utah for almost ten years, where Eileen served as the Primary chorister, Primary Worker, Nursery Leader, and Relief Society Counselor. Wherever she lived, she enjoyed serving as a Visiting Teacher, visiting and caring for sisters in her ward, and teaching her daughters to do the same. She was active in the Daughters of Utah Pioneers and enjoyed the association of the members in the Atalicoa Camp in Preston, Idaho.

In 1981, she was called with her husband, Max, to the Connecticut Hartford Mission where they served for thirteen months, thus fulfilling his life-long dream, which was denied him when he was younger due to his service in the military during World War II. Upon returning home from their mission in the spring of 1983, they served as temple workers in the Manti Temple, and later as officiators in the Logan Temple.

While living in Green River, she taught Max to quilt and together they sewed and quilted many lovely and practical quilts for children and grandchildren. At the age of 65, she took up the art of oil painting under the tutelage of Zella Price, a friend in Green River, Utah. She created many beautiful landscapes, many of which she painted more than once, adding variances at her pleasure. She also loved to write and collect family histories to leave for her descendants as a way of knowing their ancestors. Memories of Autumn View, family histories, handcrafted quilts and beautiful oil paintings will be her ongoing loving heritage to her family and many friends.

A special thanks to the many caregivers who so kindly provided care at Riverway Assisted Living, Beehive Home of Herriman, Pointe Meadows Care and Rehabilitation, and Symbii Home Health and Hospice.

The services will be live streamed and may be watched Friday at 1:00 p.m. (MST) by clicking on the following link: https://youtu.be/sy9h-Qn3Rqc

A graveside service will be held on Saturday, June 18, 2022 at 1:00 pm at the Thatcher Cemetery in Thatcher, Idaho.

Burial will be next to her sweetheart, Max E Smith.