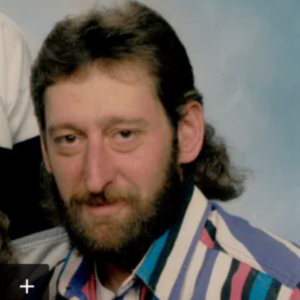 Doug was born October 5, 1962 in Odgen, Utah to Blaine and Nelda James. After moving to cache valley, He attended local schools and made many friendships over the years. After graduating from high school he was a voice to local youth groups on finishing school and encouraging all to get their diploma. He grew up doing what he wanted to do without hesitation. A few of his favorite things were Hunting and causing trouble, which those that knew him, will attest that he was pretty good at causing trouble.

Doug worked for Bott’s Tile, where he learned the trade to a perfection. He worked construction, roofing, hauling hay, and mink farming. Plus, anything else he could further his knowledge with.

Doug always wanted to come off as ‘Rough & Tough’ and mean, but he had the biggest heart and would give you the shirt off of his back. He was always willing to help anyone with any project, anytime and would always show up, no matter what. Doug truly enjoyed life the way he wanted. Tough as Nails and a heart of gold. He believed in family and especially his whole James family. Near the end, Doug confided that he wasn’t afraid to die, but he would surely miss all of his friends.

Doug is survived by his mother, Nelda James, his girlfriend, Chris Eidem, Patricia Ann Thornley, Shaynne James (Denise), His nephews, Tyson, Zac, Cody, Casey Thornley, Courtney James and a niece, Ariel James. PLUS, His Furry side kicks, Stubby & Buster. He will be missed especially by his favorite great niece, McKinley.

Doug was preceded in death by his father, nephew and both sets of grandparents.

A celebration of Doug’s life for family and friends will be held June 11, 2022 @ the Hyrum Stake Center Pavillion, 600 S 200 E, Hyrum, UT @ 12 noon. Doug’s family would like to thank ALL of Doug’s friends for the visit’s and support they gave him. YOU PEOPLE are the BEST!!

In Lieu of flowers please consider donating. The family requests that donations be made to an America First Account set up under Doug James charitable account, and a ‘Go Fund Me’ on Facebook to help with funeral and medical costs.