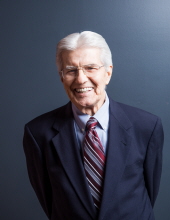 Donald Leavitt Babinchak passed away on February 9, 2021, surrounded by his wife Kae and four children. Don had a long battle with prostate cancer and heart disease and he put up a great fight but in his last days he struggled. He was never a quitter, but in the end, it was just time to go.

Don was born in Rock Springs, Wyoming on November 8, 1935 to Maribelle Leavitt and Andrew Edward Babinchak. Shortly afterwards the family moved to Logan, Utah where he grew up.

Don joined the US Army after high school and served his country in Korea. When he returned home, he met his wife Kae Geddes, the oldest daughter of Verna Larsen and Grant Geddes, and the two were married on March 14, 1960.

Don became a golf professional and was assistant pro at the Ogden Country Club and then the Head Golf pro at the Carbon Country Club in Price, Utah. While there, he started the Black Diamond Open, which is still played today at the Carbon Country Club. He was considered one of the best teaching pros in the state of Utah when he was a pro. Don decided he needed to get more education and went back to college at Utah State University, where he was a member of the Sigma Nu Fraternity and earned his Master’s degree in Public Administration with a certificate in International Relations.

After completion of his Master’s degree, Kennecott hired him in the Human Resources department. Don moved his family to Silver City, New Mexico in 1970 for approximately 3 years. Don was promoted to Kennecott’s headquarter offices in New York City and moved his family to Somerset, New Jersey. A couple years later Don was promoted again and moved his family to Ely, Nevada. After another promotion Don and his family moved back East to Rowayton, Connecticut and the Kennecott Corporate offices. In 1979 Kennecott moved their corporate offices to Salt Lake City and Don and his family moved as well. Don retired from Kennecott in 1994 as Vice President of Human Resources and relaxed for a few years. He went back to work as President of MK Gold Corporation until 2004 when he retired for good.

In retirement, Don enjoyed playing golf and fishing and frequented Strawberry Reservoir. He was also an avid reader and enjoyed working with wood.

Don is survived by his wife Kae and his four children Paige, Troy, Stephanie and Trecia. He also has 16 grandchildren and 28 great-grandchildren.

The funeral services will be held on Wednesday February 17, 2021 at the Jenkins-Soffe Funeral Chapel located at 1007 West South Jordan Parkway, South Jordan, Utah. A private viewing for family and invited guests is scheduled for 9:00am and a general service will start at 10:00am.

Burial services will be conducted at the Logan Cemetery where he will be interred.

Condolences and memories may be shared with the family at Jenkins-Soffe Funeral Chapel.