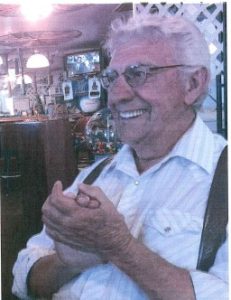 Don was born March 18, 1938 to Elmer and Helen Hennings on the Rosebud Reservation in South Dakota. Don had six sisters and two brothers. He was the fourth out of nine children. They had a very loving and active childhood. They lived in many places growing up, due to his father’s road construction company. In the late forties Don and his family settled in Bear Lake County, ID. where he then finished his education. He spent his days as a young man playing basketball, fishing, and chasing after his high school sweetheart Marie Black. Don and Marie got married while Marie was finishing school. They had a short weekend honeymoon in Salt Lake City. As soon as they got back, Don was deployed and stationed in Puerto Rico. Where he served in the Air Force on a private mission for two years, leaving his young bride home. Not long upon his return they had their first son, Rick B. Hennings, and after eight years of trying for more children, they were finally blessed with their second son, Scot D. Hennings. Don loved raising his boys and being around his family.

In life, Don followed his passion for tinkering and collecting old cars, and opened Hennings Salvage. He ran the yard for many years with his sons and grandson, Gatlin. In his spare time he loved “treasure hunting”, fishing, watching sports, old westerns, and found a passion for reading. During the harsh winter months her in Bear Lake, Don would snowbird in Overton, Nevada. There he enjoyed gambling, and rock hounding in the desert. Don got the most joy when his grand and great-grandchildren came to visit him, or brought him sweets of any kind. Don loved life to the fullest always having a good time, and making sure those around him were well taken care of. Don passed away on June 25th, returning home to his loving wife of fifty-four years. Don’s final wishes were to have people remember him for how he was; therefore there will be no memorial services.

Predeceased by his wife Marie, son Rick, his parents and his eight siblings.

“There will come a time you believe everything is finished. That will be the beginning” – Louis L’Amour