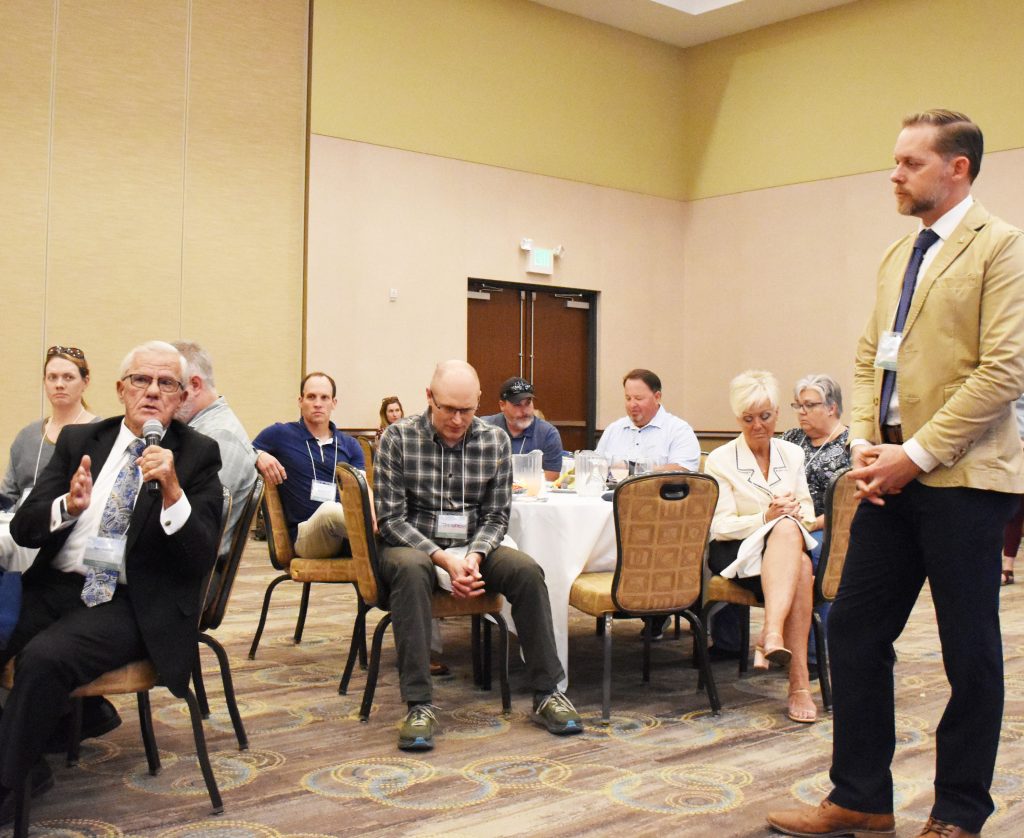 “I had hoped they’d find a magic bullet,” Zook confessed prior to the noontime presentation. “But no such luck.”

Instead, the task force found that everyone is part of the problem, according to Paul Davis, a business outreach/special projects coordinator for the Bear River Association of Governments.

“We need to change the minds of the people of Cache Valley about growth,” Davis said.

Looking at projected population growth, task force members found that 85 percent of the growth from now until 2060 will be the result of natural increase, meaning that Cache Valley residents will banish their children and grandchildren to live elsewhere unless we address the housing crisis now.

“We have an extreme shortage of available homes across most socio-economic levels,” Zook explained at the noontime gathering of interested parties at the Riverwoods Conference Center. “Most residents here could not afford to purchase the home they live in, given today’s market prices and household income.”

The statistics about housing prices and mortgage rates are grim.

Even if a buyer could afford that mortgage payment, finding a home is difficult. The local real estate multiple listing service in 2010 listed 768 homes for sale in Cache Valley. In April 2022, the MLS listed 78 homes.

The Kem C. Gardner Policy Institute at the University of Utah estimates that Cache Valley will need 11,600 housing units between now and 2030.

The members of the task force concluded that we do not have a free market for housing, Zook added.

“Members of the public push the idea that any density higher than (that) in their neighborhood will depress property values. More than half a dozen studies refute that notion and several point out statistically significant increases in property values.”

But, the task force report continues, the threat of ballot referendums reversing zoning decisions make for timid council members and uncertainty for landowners.

Moreover, the report says, housing and jobs go hand-in-hand. There are recent examples of businesses unable to attract employees, taking job expansion outside the valley.

The task force report recommends changes at federal, state, county and city levels, as well as things that could be done by Utah State University, the Bridgerland Technical College, local school boards and non-profit organizations to “ … foster a cultural shift to help citizens become more open to new neighbors.”

The panel’s top three recommendations are things that are readily doable.

They also suggested that the county and cities need to coordinate their planning for growth.

Finally, the task force recommended a public education campaign with an emphasis on reaching younger people who are close to or at home-ownership life-stages.

Zook said that he looks forward to working to implement the task force’s recommendations, but acknowledges the need for community support to achieve any meaningful change.