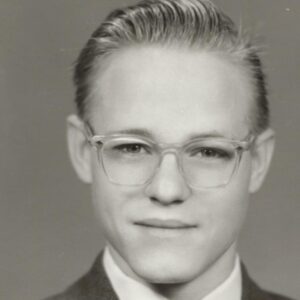 David Marion Dennis, 85 left this mortal life to return to his Heavenly Father on November 7, 2021.

Through Jay Stoker Clegg, he met the love of his life, Shirley Anne Stoker Clegg. They were married on April 29, 1954, and later sealed for eternity on May 23, 1962.

He was an Elder in the Church of Jesus Christ of Latter Day Saints, where he served in many callings. He had a strong testimony of the Gospel, that never wavered.

He is proceeded in death by his beloved wife (Shirley), one son (William), both parents and 2 brothers, (Jerry and John Thomas).

A viewing and Funeral Services will be held Friday November 12, at the Newton Church building.

Interment will be at the Newton Cemetery.