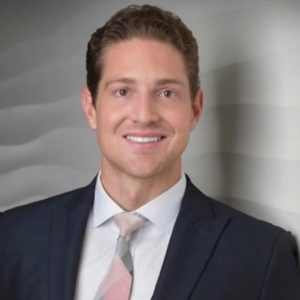 Daniel Brett Bostock, 38, of Salt Lake City, died on Sunday, January 10, 2021 in a motor vehicle accident involving another vehicle driving the wrong way on I-80. Alise Payne, Daniel’s best friend and sweetheart, was the sole survivor of the accident and was flown to a nearby hospital.

Born on February 11, 1982, in Medford, Oregon, to Brett and Cindy Bostock, Daniel was a deeply inquisitive person whose curiosity about the world and people around him was only matched by his compassion and empathy for others.

Growing up in North Logan, Utah, Daniel lived the motto that if something was worth doing, it was worth doing well. As a result, he was the rare breed of youth that excelled scholastically, athletically, and socially. It was that spirit and mindset that Daniel carried into adulthood.

After graduating at the top of his class at the UCSF School of Dentistry, Daniel completed his Oral & Maxillofacial Surgery Residency at Howard University College of Dentistry in Washington, DC. Since 2018, Daniel has been practicing oral surgery in the Salt Lake area, teaching as an adjunct professor at the University of Utah, and keynote speaking at multiple dental and surgical conferences.

Daniel loved to travel, meet people, and learn about their lives and cultures. Having served as a missionary in Brazil, he spoke fluent Portuguese and traveled back to the country numerous times over the past two decades. While there, Daniel gave generously of his time and money to others – a trait he would showcase as he traveled all over North and South America, Europe, and Asia.

While being an incredibly accomplished person in his 38 years, Daniel often spoke of the things which gave him the most pride: acts of kindness. It would thrill him to pay for a stranger’s meal or leave an encouraging note for others to find. He would often send care packages to others full of simple things he knew would bring them joy.

Daniel was adept at spotting and articulating the beauty in everyday life and would often share his enthusiasm with anyone who would listen. His perfect day was simply watching favorite movies at home with a loved one, surrounded by his favorite snacks. It was impossible to have a conversation with Daniel without walking away with an increased awareness of the blessings surrounding you.

Daniel will be terribly missed by the many who loved him, but the positive impact he left on the world will surely last many lifetimes.

He is survived by his parents Brett and Cindy Bostock, his brothers Drew (Jill) and Derek (Amber) Bostock, his grandparents Ted and Lenis Hansen, his nephews Cruz, Rockwell, and Julian, and his niece Addison. He was preceded in death by his grandparents Shirley Hansen, and George and Betty Bostock.

Funeral services are under the direction of Allen-Hall Mortuary, and will be held at Lindquist’s Bountiful Mortuary located at 727 North 400 East in Bountiful, Utah, on Saturday, January 16, 2021 at 11:00am, viewing between 9:00 – 10:30am. After which, Daniel will be laid to rest in the Logan Cemetery alongside generations of his family who are surely being entertained by Daniel’s wit and humor in the afterlife.

Services will be live-streamed Saturday, January 16th beginning at 11:00am, and may be viewed by clicking here. Password: Bostock.